Does it seem like you’ve been on this never-ending path to losing weight? Have you ever told yourself that fitness is not for you? And isn’t that frustrating? Yes, you’re looking for a change.

One of the reasons could be that you’re approaching one of those big 30th or 40th birthdays or you just want to fit into those pants you bought a year ago! But why do you have a hard time achieving your ultimate goal?

A lot of people that talk to me say: “But Ketan, it’s easy for you to be in shape because you’re a fitness enthusiast, you own this company, you ought to be fit…” I honestly wish it were that easy. Even as an enthusiast (and a fitness business owner), I struggled for years to get in great shape. I realised there’s so much more to being in shape than being passionate about fitness.

I’ve tried every extreme diet, online cookie-cutter programs, and 21-day challenges that you could imagine. What I realised is that the side effects of these strict programs are hunger, a struggle to keep up, and being constantly hangry (a combination of being angry and hungry at the same time. You know what I mean…) But when I found this framework I shared below, everything became much easier to achieve…

We all want to be more disciplined and consistent. But why do we struggle so much? Why aren’t we achieving the goals that we’re so passionate about? Probably because you’re more worried about finding the perfect destination, instead of taking a few steps every day. That’s like wasting 45 mins to find that perfect Netflix movie and ending up watching nothing!

All-time great philosopher Alan Watts said it perfectly: Life’s NOT a journey with a set destination. Explaining it in the analogy of music, he said that if music were only about endings, composers would only write finales!

And if that would be true, the best conductors would play the fastest. Imagine people going to a concert, hearing one crashing chord, and being satisfied because that’s the end. But we both know that’s not how life works…

That’s why life is like a musical! There’s singing, dancing, laughing and crying. But at the end of the show, you had one hell of a time. And the ups and downs of the story are engaging, interesting, and made it worth your money and time! 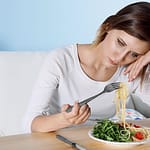 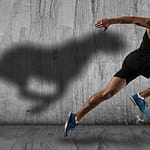 You May Think That Not Being Able to Stick to a Fitness Regime is More About Lack of Willpower and Motivation. Have You Ever Wondered Whether it is True?

How long should a workout be to be considered a “good” workout?

Self love starts from within – Alpha Coach