The first distress call regarding eating disorders was recorded during the 17th century, termed Holy Anorexia. This later fanned out into various versions that we’re plagued with today. So what are eating disorders? Have you ever wondered to what extent can they torment human lives?

As the country marks the National Eating Disorders Awareness Week till February 27, DT Next talks to health experts in the city, and gives you a lowdown on what the thing is all about

The first distress call regarding eating disorders was recorded during the 17th century, termed Holy Anorexia. This later fanned out into various versions that we’re plagued with today. So what are eating disorders? Have you ever wondered to what extent can they torment human lives?

“Eating disorders are a state of psychological and physiological distress in the brain that result in an array of eating behaviors. Currently, 35 per cent of adolescents are developing deviant eating behavior. If left untreated, the deviant patterns can take the form of an eating disorder, which has a frequency of about 1 in every 10 individuals,” says Yug Verma, nutrition and fitness guru with Alpha Coach.

Right from fear of stomach aches to excessive bowel movements, there could be several signs of eating disorder affecting an individual. “Aversion to tastes or textures, reducing food portions, and constipation or indigestion could be other symptoms. Weight fluctuations, dental enamel erosions, cavities, fatigue and weakness due to malnutrition, and irregular periods are also common signs of eating disorder,” says N Hari Lakshmi, a Chennai-based nutritionist and dietician.

There are different types of eating disorders. Wondering what they are, and how can you differentiate? Well, here are a few of them:

Anorexia Nervosa:
Anorexia is both an eating disorder and a metabolic condition that result in excessive weight loss caused by self-starvation. Skipping meals, refusal to eat in public frequently, slow heart rate, abnormal blood count, loss of muscle tone, dehydration, bluish colour in the tips of finger, dry skin, anxiety, depression, and suicidal thoughts are some of the symptoms.

Bulimia Nervosa:
This is characterised by a chronic cycle of bingeing and purging. It’s the most common eating disorder in the world. People with bulimia will spend most of their time eating an excessive amount of food, and then try to get rid of calories they just consumed. To eliminate the excess calories they will try to purge the body by vomiting or by using diuretics, laxatives and enemas, or try to make up for binges with non- purging behaviors such as fasting, strict dieting, or over exercising.

Binge eating:
Those into binge eating compulsively eat large amounts of food, often rapidly and to the point of discomfort from an overfilled stomach. Binge eaters are emotional overeaters, who eat alone or secretly in order to hide how much they’re eating, and feel embarrassed, ashamed, or guilty about their eating behaviour. Although they vow to stop, they find themselves binge eating repeatedly. Being obese, or having high blood pressure, type II diabetes, gallbladder disease, and sleep apnea are some of the symptoms.

Orthorexia:
This is all about an unhealthy obsession with healthy eating. It is a problem when it causes major disruptions to your well-being and social life. It can easily go unnoticed because it does not seem unusual to be obsessed with healthy eating. Depression, mood swings, anxiety, self-loathing, malnutrition are some signs that you have orthorexia.

How to treat eating disorders ?

Since eating disorders are an illness in the brain, they need a treatment approach beyond general medicine. Yug says, “We need a community approach towards building the right mechanisms around healing eating disorders. We also need good education around food and how it’s perceived by people. Saying ‘No’ to food aversion is a big player that can precondition individuals to see food for what it is – purposeful. Food serves as a packet of energy, as a packet of building material, and as a packet of signals and instructions. To encompass all three, we need to account for the quality, quantity, and purpose attached to meals.”

According to nutritionist Lakshmi, there is a gamut of styles of therapy and tools that mental health professionals use to help one recover from this syndrome. “Coping with stress is most important. Studies show that interpersonal psychotherapy (ITP), a kind of talk therapy, can help people cope with the stress associated with eating disorders. Consulting with a clinical nutritionist or dietician, and following a balanced diet is key,” says Lakshmi.

Originally published on DT NEXT 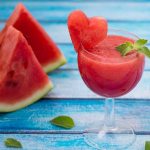 5 Healthy Summer Foods to Eat to Beat The Scorching Heat 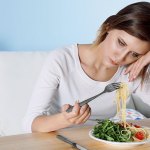 You Cannot Out-Exercise A Bad Diet